What is smudging? The term refers to the practice of cleansing spaces, altars, tools, and even people, especially when they are involved in specific rituals and ceremonies. The smoke produced from smouldering sage will purify and protect.

Smudge sticks are like ‘wands’ of tightly bound herbs. Traditionally, they can be made from sage and other plants or herbs, and the properties of certain dried herbs, used either loose or in bundles, have been known for centuries by the indigenous people of the Americas.  In their smudging rituals, Native American Indians  used white or other sage , cedar, lavender, sweet grass and copal for cleansing and purifying. [An interesting fact about true sage is that its Latin name is salvia officinalis (Garden Sage) or salvia apiana (White Sage) – salvare being the Latin verb ‘to heal’.] Following this ancient wisdom, today we can use smudging to clear out all forms of negativity from residential or work spaces, leaving each environment ready to be reinvigorated with positive and cheerful intentions.

In our modern homes, using sage in an already prepared stick form is probably the easiest way to implement a cleansing. Simply light the stick and blow out the flame until you have a smouldering ember giving off a strong white smoke. Carry the smudge stick around the space to be cleared, paying particular attention to the corners, sweeping the stick away from your body in a single consistent direction. This acts to push negative energy out of the space. It is always a good idea to push the stick towards an open door or window, to “banish” negativity well away from your environment.

They can be extinguished by placing them into sand or soil in a container (never directly into the earth). As long as they are kept dry, they can be re-lit another time. 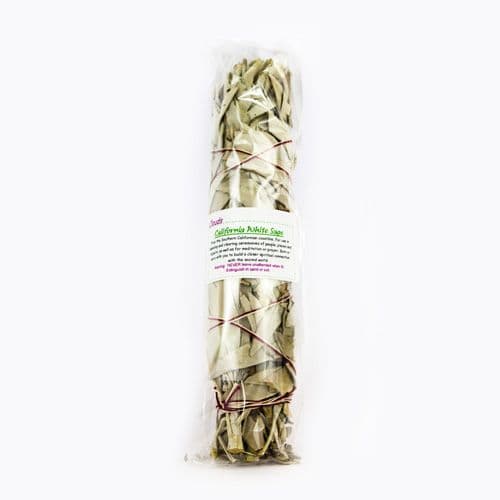 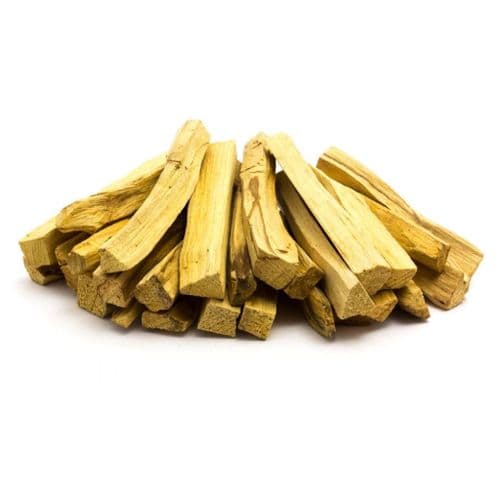